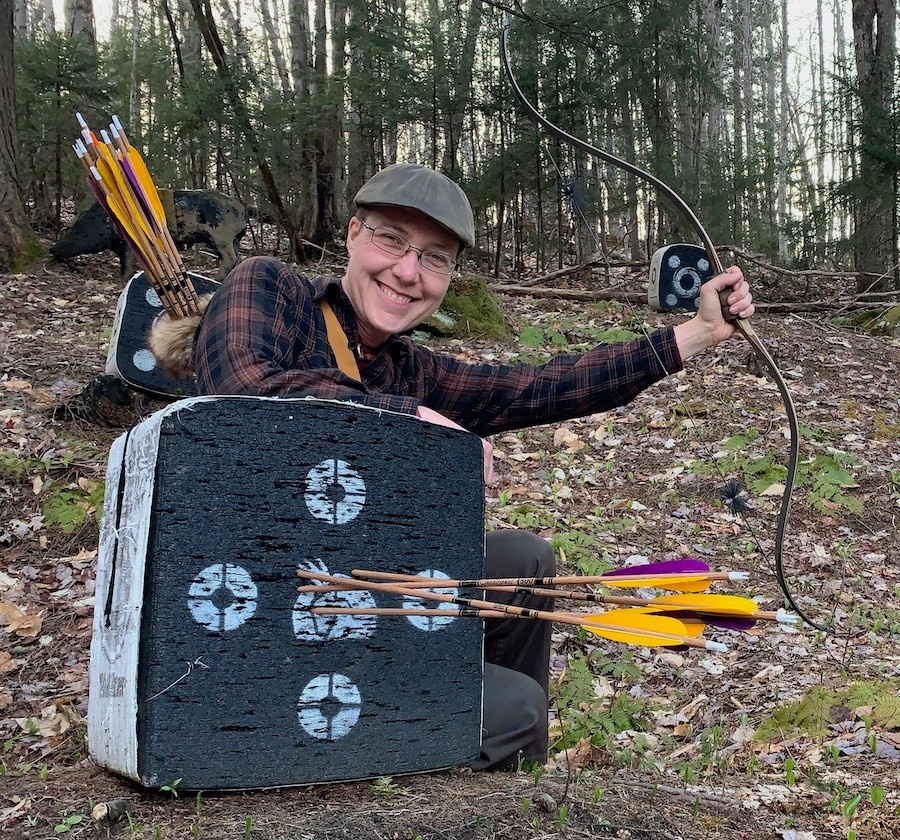 Murphy Robinson (they/them) is a queer transmasculine hunter, archer, and wilderness guide.  They are the founder of Mountainsong Expeditions and has been working in outdoor leadership since 2005.

Growing up in a hindu-based meditation cult, Murphy was vegetarian from conception.  As a backpacking guide in their twenties, they gained a felt sense of the strength and sensitivity that the wild demands of us.  Inspired by ancient archetypes of the Huntress, Murphy learned to hunt at age 28. Motivated by the power of this rite of passage, they have been teaching the craft of spiritually grounded hunting to others since 2013.

Murphy hunts with a goal of deepening their connection to nature rather than a goal of domination & conquest.  As a queer transmasculine hunter with over 20 years experience in earth-based spirituality, they blend technical knowledge and emotional reverence to help you step into hunting with a full heart and a confident mind.

You can learn more about Murphy’s journey from vegetarian to hunter in the first episode of the Huntress Podcast.

Murphy trained as a Level 2 archery coach with USA Archery in 2014, and has been teaching archery ever since. They shoot traditional, compound, and crossbow archery. While peaceful time on their woodland archery range is the heart of their practice, they also enjoy running archery, horseback archery, and bowhunting.

Murphy has been facilitating earth-based spiritual circles since 2001, and their spiritual perspective has been influenced by Starhawk, Diana Paxson, Lyla June, Robin Wall Kimmerer, Davids Abrams, and many others.

At Mountainsong Expeditions, we make space for spirituality in all our outdoor pursuits. After much demand, we also now offer a spirituality-focused program called Way of the Weaver.

Murphy lives on a mountainside in Abenaki Territory (Vermont, USA) with their devoted dog and opinionated cat.

They’ve served as a street medic at Standing Rock (#NoDAPL), the Treaty People Gathering and Treaties Not Tarsands (#StopLine3), as well as May Day, BLM, and anti-nuclear actions in Vermont. Weaving decolonial perspectives into their teaching is a part of their everyday activism.