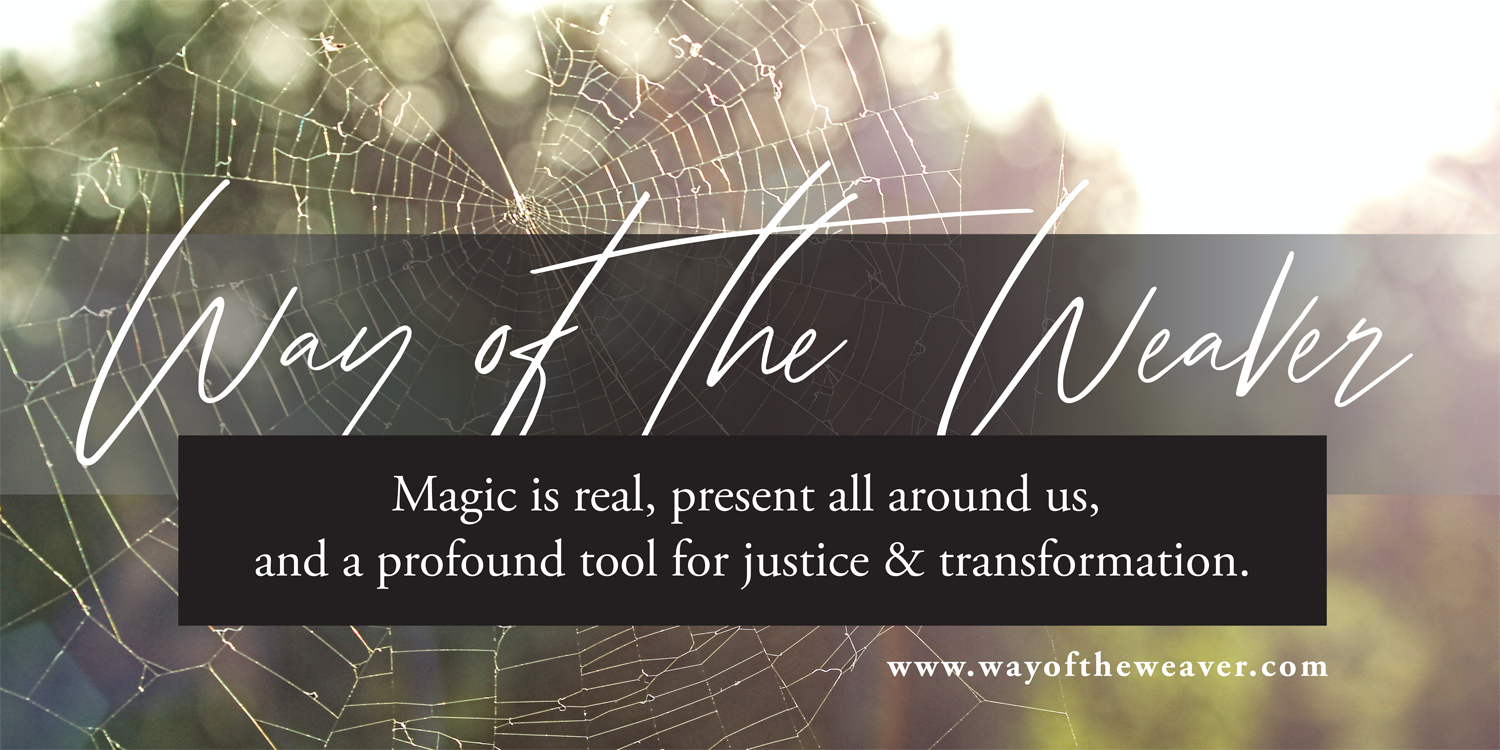 Way of the Weaver is a unique program of magical study and community building. Our learning modules, immersion programs, and circles embrace adults of all backgrounds and genders who are ready to learn a powerful skill set for spiritual transformation and growth. This training is rooted in the values of service, inclusive community, critical analysis of the oppressions that bewitch our society (capitalism, colonialism, racism, etc.), and deep respect for ancestral spiritual traditions from around the world. 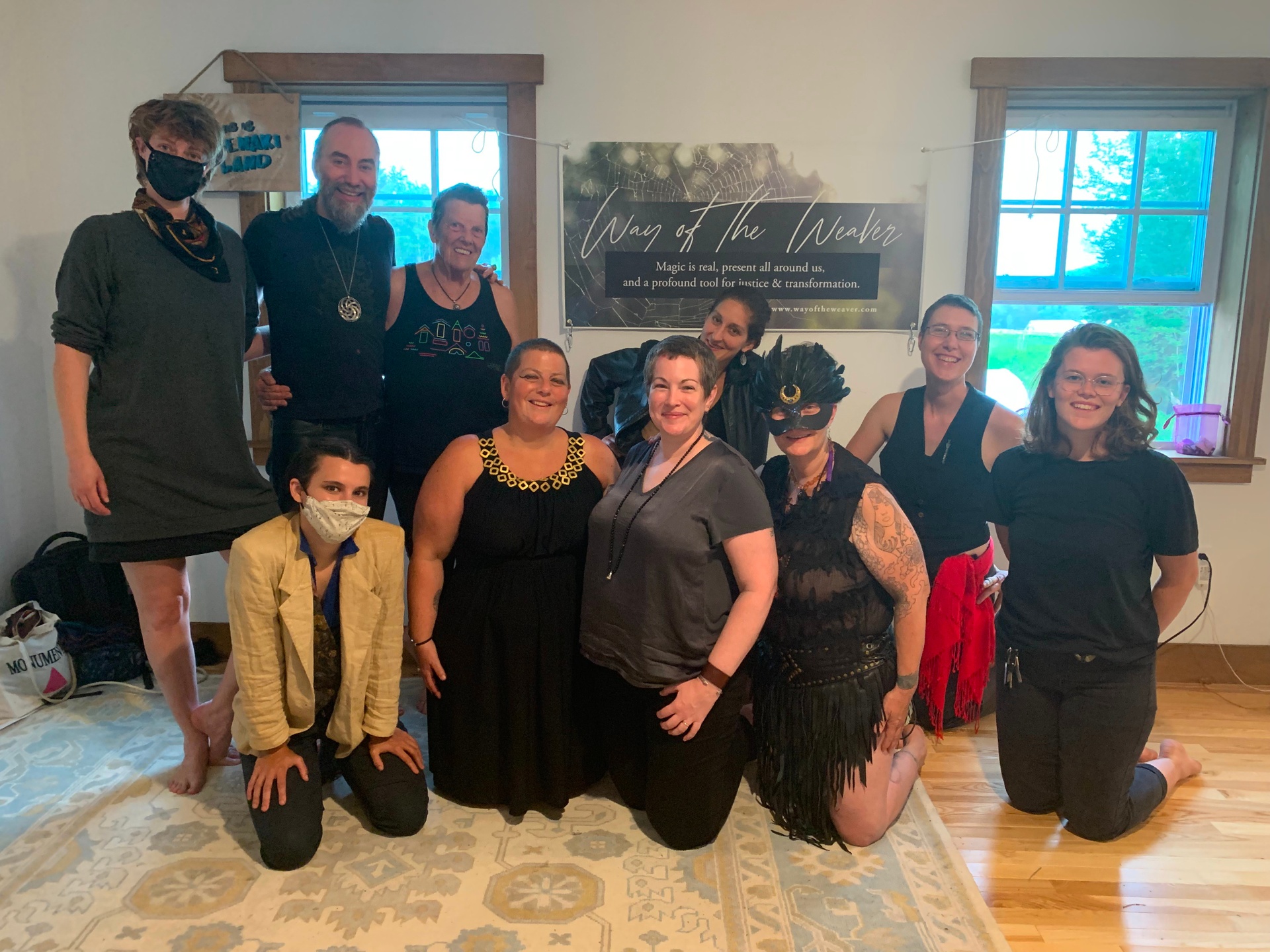 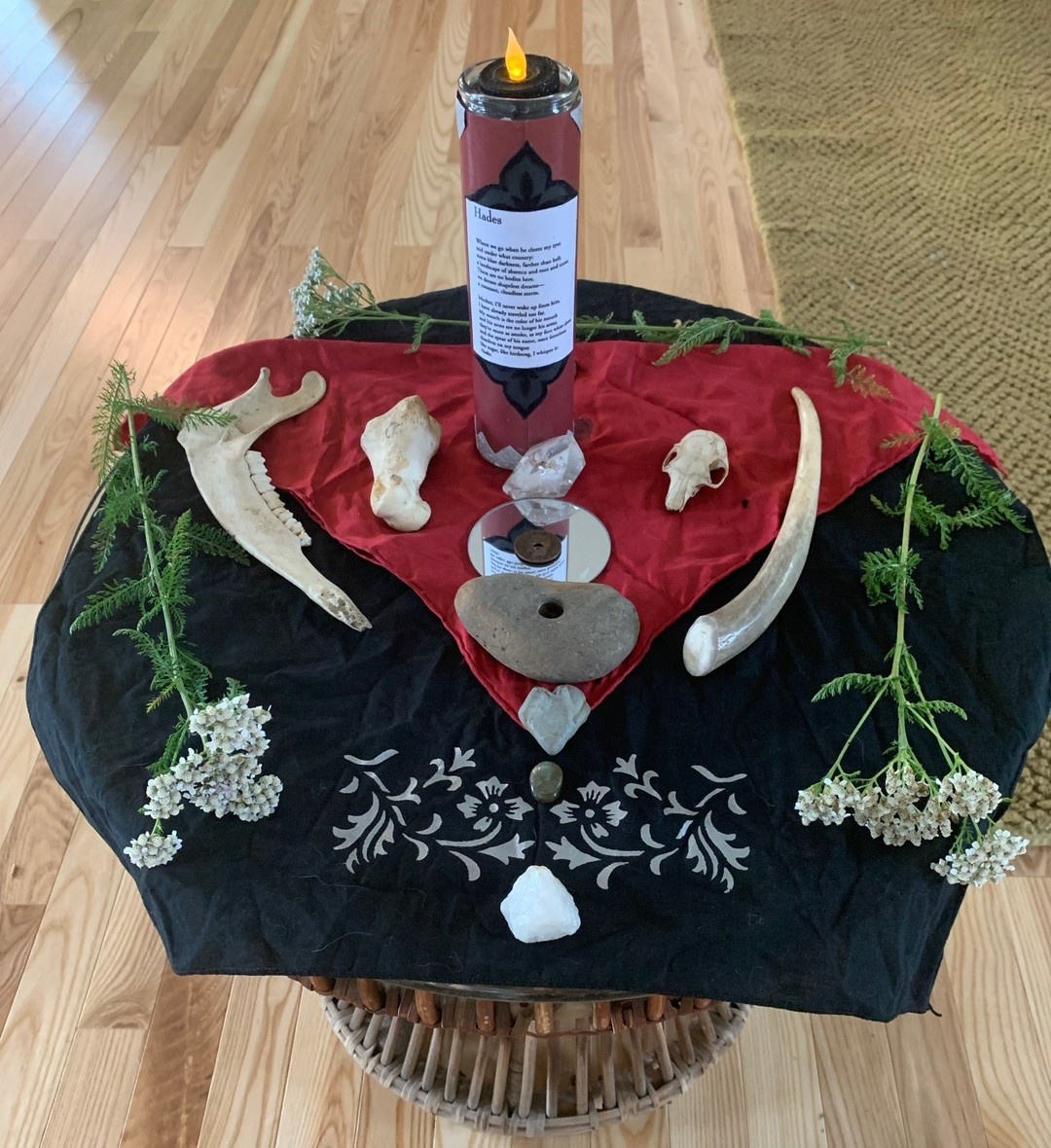 We believe that you are your own spiritual authority, and that by learning ritual skills and sacred technologies together in a space with clear boundaries and ethics, we can build our capacity and tap into our collective power for change. Way of the Weaver dismisses secrecy and exclusion. This is an open-source skill set with which to develop and/or deepen your own practice based on your background, callings, and ancestry.

What is a Weaver?

Depending on tradition, those who walk the path of the Weaver are sometimes called priestess, priest, or priestx, or perhaps witch, wiseone, or shaper: the Weaver is one who is wise in the ways of mending that which is torn, calling forth that which feeds our growth, and creating and holding space for transformation. 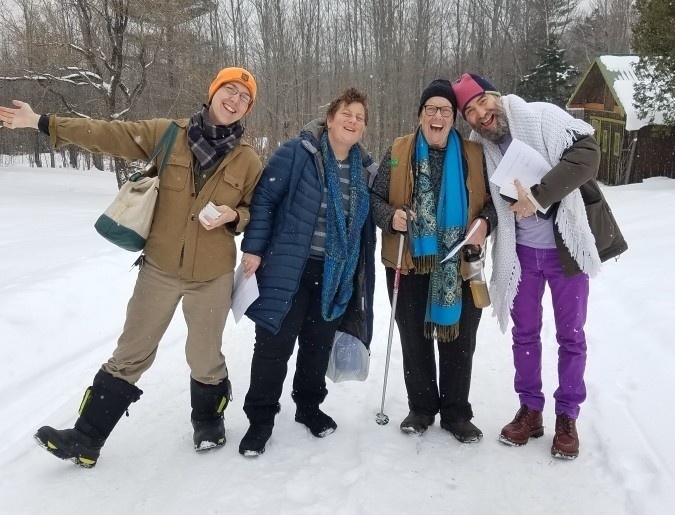 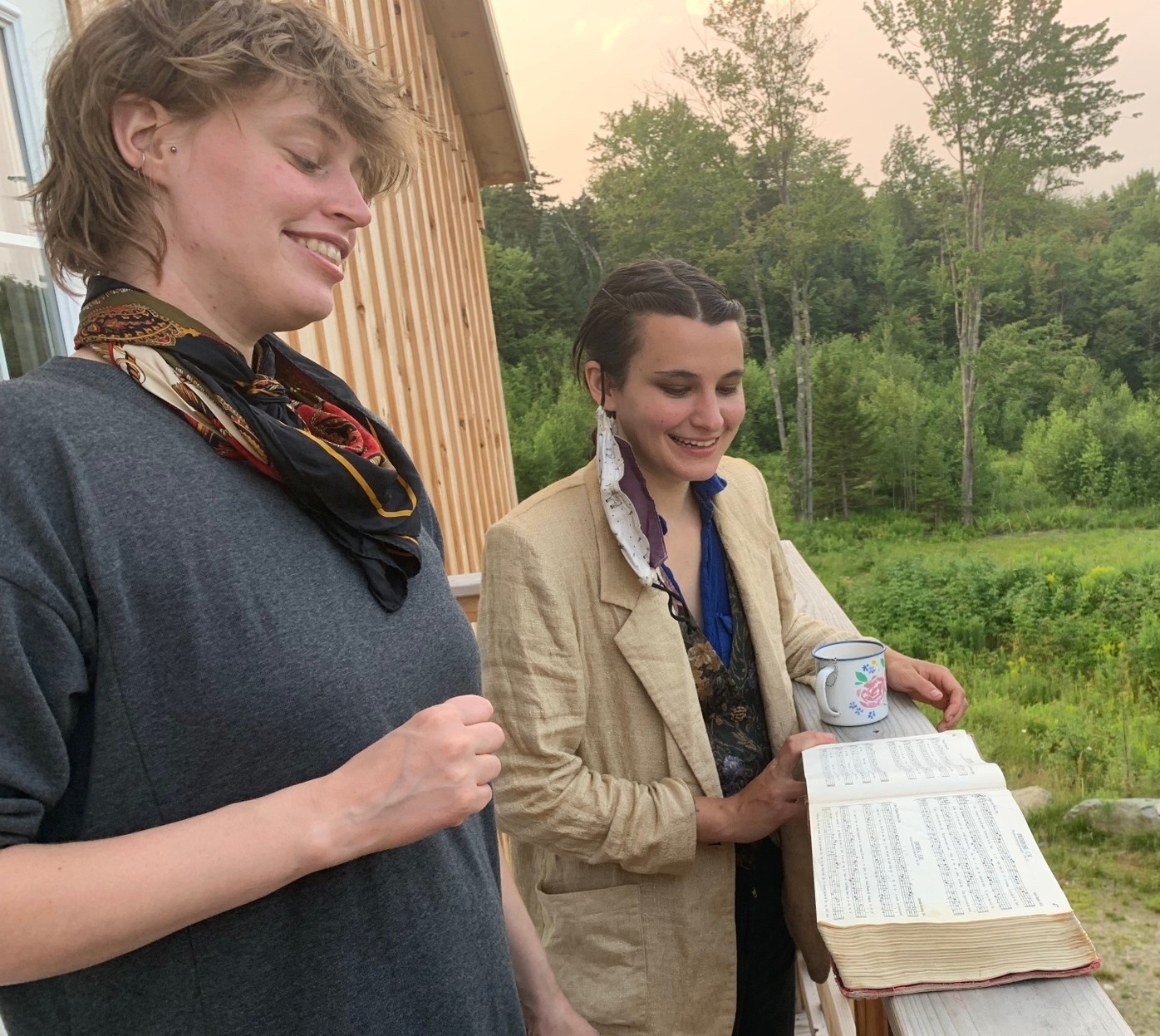 To walk as a Weaver is to put yourself in service of balance and growth in the midst of our ever-changing world:

The Way of the Weaver is for you if: 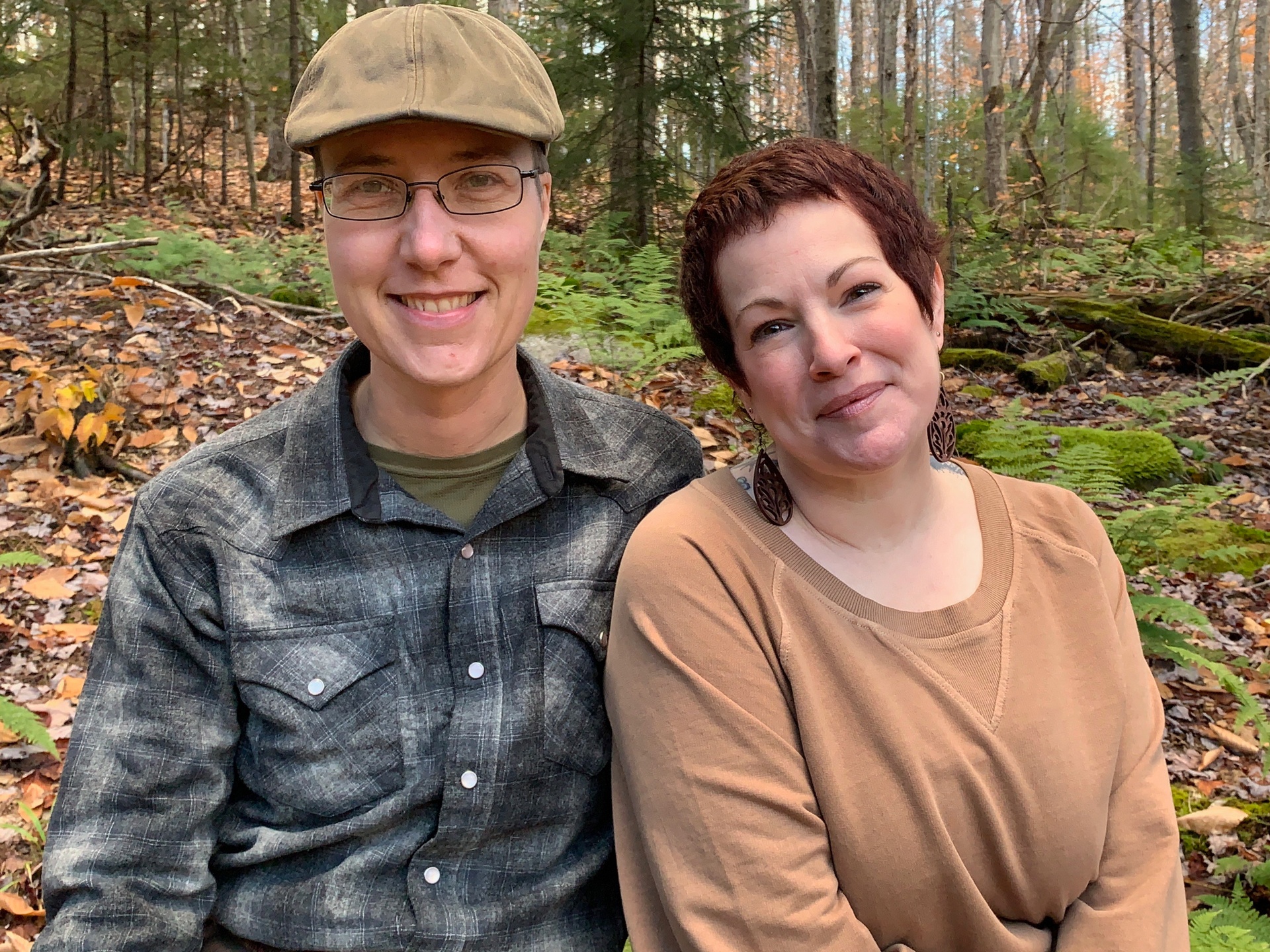 Murphy Robinson is a magic-weaver, wilderness guide, activist, and a student of the sacred hunt. They have been casting circles since they were sixteen years old, and have taught both magic and wilderness skills across the US, and occasionally in Europe. They specialize in trance journeying, the Norse runes, archery as a magical practice, and meaningful rituals to honor the animals and plants who die to feed us. Their work often serves The Huntress and The Lord of the Dead. As a queer transmasculine priestx, they explore healthy and healing ways to reclaim the sacred masculine. Murphy's spiritual development has been influenced by the work of Starhawk and the Reclaiming Tradition, Diana Paxson's work with runes and seidh, and Lyla June's writings on indigenous European ancestors. Murphy lives on the side of a mountain in the heart of Western Abenaki Territory (so-called Vermont).

Jamie Waggoner is a modern-day priestess, author and folk witch. She's passionate about folk magic, mythology, oracular traditions, trance arts and liminal rites. She believes that magic is real, present all around us, and a profound tool for justice and transformation. Jamie trained as a priestess with the Sisterhood of Avalon for thirteen years, and now leads independent workshops and rituals across the United States. Lately Jamie has been greatly influenced by the principles of nonviolent resistance as taught by Dr. Martin Luther King, Jr. and the radical Death Positive movement. Some of her other spiritual influences include mythologists Drs. Clarissa Pinkola Estés, Sharon Blackie, and Gwilym Morus-Baird, as well as the poetry of Mary Oliver, the tarot teachings of Rachel Pollack, and the paintings of Georgia O’Keeffe. Jamie lives in so-called Alabama, ancestral homeland of the Muskogee people.  Learn more about Jamie at www.jamiewaggoner.com

Want to get to know us and see how we teach?

Here's a free webinar that Jamie and Murphy taught in August 2021:
"Weaving Anti-Capitalist Futurism: Attraction Spells without the Bougie Bullshit"

Here's what people are saying... 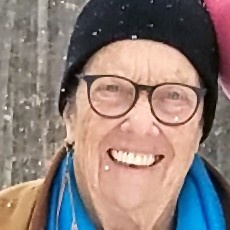 "Everything was great. Radical acceptance. Spaciousness. Jamie and Murphy are extremely skilled and knowledgeable teachers." 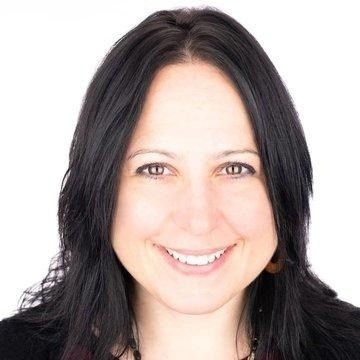