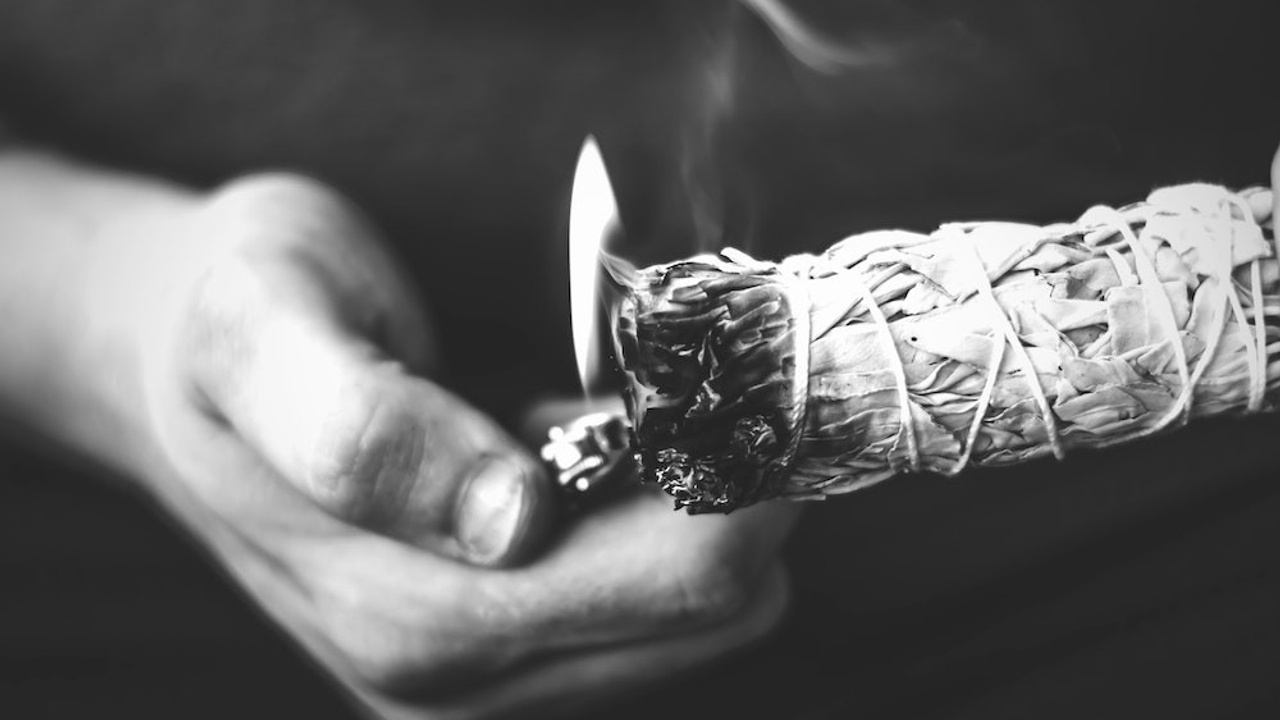 Cultural Appropriation in Spiritual Practice, Part Two: Magic is Real, but so is Oppression

One of the more interesting ideas I’ve encountered about cultural appropriation focuses not on spiritual practice directly, but on the effect of our economic system on the way we share ideas.  This insight relates specifically to the argument about whether white people are allowed to use certain healing or ceremonial plants that are sacred to indigenous North American cultures. The argument is that cultural appropriation is only possible within capitalism, where everything from plants to medical knowledge to spiritual practices are commodified, bought, and sold.  Within capitalism we have “intellectual property” and that becomes something you can buy, sell or steal (when you culturally appropriate, you are stealing it). In contrast, within an intact animist culture, each person is in direct relationship with the spirit of the plants and animals and elemental beings around them. If you are in direct relationship with White Sage and it tells you that you should burn it for purification, then that matter is between you and the plant, and no one else in an intact animist culture is going to try to mediate or gainsay that relationship or that knowledge.*

This insight is a slippery one, because if you aren’t paying attention it can seem to give you permission to do whatever the plants tell you to do.  But you have to remember that we do live in a capitalist culture, and no amount of personally recusing yourself from that philosophy can actually extract you from that context.  You must be accountable for your actions within that context, even if you object to the system. We can work to build a less commodified, more ensouled world, but ignoring the harm that cultural appropriation causes in our current context undermines that restoration rather than enhancing it.
A common pitfall is the issue of being given permission by indigenous people to use (and in some cases even to teach) their practices.  For example, I’ve been given permission to burn sacred purifying herbs such as sage and sweetgrass by spiritual leaders such as Candi Brings Plenty (Lakota) and Sherri Mitchell (Penobscot), but that doesn’t mean that all Lakota or Penobscot people agree with them.  I’ve also been gifted with sweetgrass by an indigenous woman who harvested it herself using traditional practices. So do I burn these herbs? Here’s what I’ve worked out over time for myself: If an herb from their culture is gifted to me by an indigenous person, I will accept the gift with gratitude and use it in my private personal spiritual practice.  In the past, I would also use the gifted herbs in ceremonies while I was teaching students in my wilderness skills school, but only after explaining to them how it was gifted to me and what culture it came from. After a while, I realized that this probably wasn’t ethical due to the fact that I am making money from these classes. Also, I am not trained in the deeper traditions behind the use of these herbs, and wonder if I will represent them inaccurately.
Through research and discussions with friends I’ve learned that my Gaelic ancestors burned mugwort and blue vervain as sacred herbs, both of which grow well where I live.  I’ve planted both of these perennial herbs on my land, and found other places I can harvest them locally to make my own dried herb bundles for ceremonial use. My current practice is to use only these and other European-based plants when I am teaching, as well as integrating them into my personal practice as my default plant allies for offerings and purification..
I don’t buy White Sage or Sweetgrass.  If I for some reason I needed to buy some, perhaps as a gift to honor an indigenous elder for their teachings, I’d only buy from a indigenous owned and operated company that sourced all the herbs from indigenous harvesters and was committed to ethical harvesting practices, and I haven’t been able to find one.  The sage bundles being sold in your local New Age store are likely profiting white settlers, not native people. Perhaps the reason I can’t find a native-owned commercial source for these plants is that many indigenous people consider them too sacred to exchange for money. Hint: that probably means you shouldn’t be exchanging money for them either!  Try growing your own instead, and donating half your crop to indigenous-led ceremonies.
Lastly, the most confusing complication for me in figuring out cultural appropriation is that I do actually believe that spiritual energies are real.  I believe that White Sage has a unique healing and cleansing property that can’t be entirely reproduced with substitutes. I believe that the gods of all cultures are real beings that can independently decide to contact you and invite you into relationship and service, regardless of your bloodline.  If a plant or a god or a sacred site asks something of you, you are still responsible for the personal ethics of how you fulfill their request (and you can always decline the request if you need to). I think it’s a good idea to ask the being about your concerns about cultural appropriation directly, but in my experience the subtleties of this are sometimes lost on these Elder Beings, whose experience of time is much more expansive than our own.  In that case, it’s up to you to do the research, relationship-building, and service that you need to do so that you can ethically engage in the work that’s being asked of you. It could take years, and that’s okay. Part of rejecting cultural appropriation is taking the time to do things well, no matter how long that takes. Our culture of instant gratification is what made us sloppy in the first place.

The next part in this series will introduce some key questions for grappling with the ethics of sharing culturally-specific teachings.

*This idea about animist and capitalist contexts was first shared with me by the herbalist Sean Donahue in June 2018, on an ancestral pilgrimage we led together in Ireland.  In the time since we taught together, Sean has been confronted with serious accusations of sexual misconduct with women who were his students in the past. I send earnest prayers for healing to all parties, but still thought this particular idea was worth sharing.