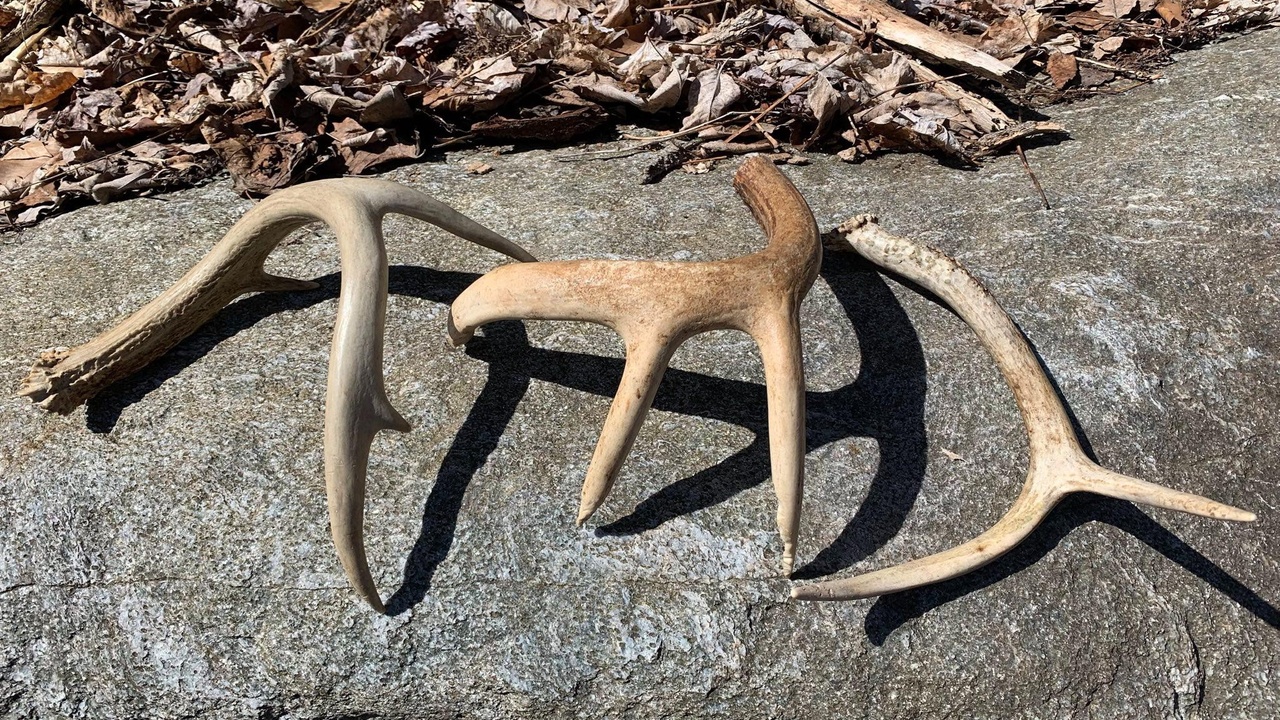 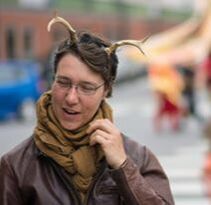 Image: Me sporting my antlers at a past All Species Day

All Species Day has been a vibrant tradition in Montpelier, Vermont, since 1989.  On the first Sunday in May, anyone who wants to join in dresses as their favorite species and parades through Montpelier to welcome spring.  A local couple is chosen to play the May Queen and the Stag King, who dance their courtship on the statehouse lawn surrounded by children tossing flowers, dancers in white dresses, and a giant goddess puppet.  It's a beloved community celebration of spring for young and old alike.  It also includes many dances, songs, music, and tools borrowed/appropriated from the peoples of Africa and the Caribbean.  I have many questions about how we craft a culturally responsible celebration of spring that honors all the roots of our community.

I've been attending All Species Day since I moved to Vermont year-round in 2010.  I wouldn't miss it for the world.  I was always a bit jealous of the Stag King, wishing I could dance that role someday, but it seemed highly unlikely that they'd pick someone who wasn't a cisgender man for this very binary role.  So I just wore my personal antlers on the side, quietly channelling the queer butch stag energy for anyone who was searching for it.

Last spring I was strolling away from another lovely All Species Day when an organizer hailed me.  "Hey Murphy, would you ever want to be the Stag King?" she asked.  Would I ever!!!!  Someone had recently complained that the event was too focused on binary gender, and I guess my decade of wearing antlers on the margins brought me to mind! 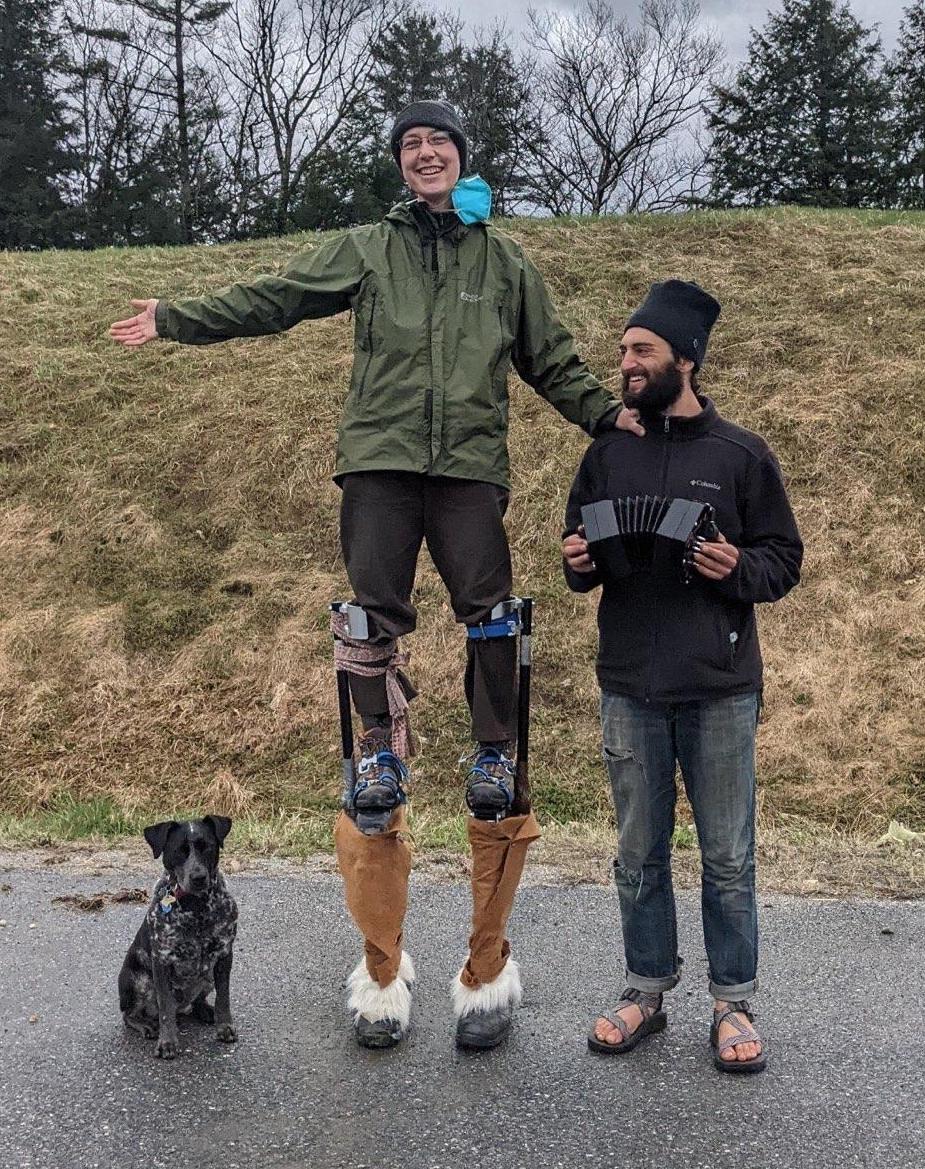 Image: Me practicing walking on stilts for my Stag King Role, as Ari plays concertina and Clyde manages to find the whole thing completely unremarkable.

I've chosen my May Queen:  my friend Ornella, who I'm told will be the first May Queen of color in the history of the event.

While I'm excited to invite everyone I know to come join us on May 1st, taking a central role in the event has called me to examine the cultural appropriation involved a bit more deeply.  Traditionally the Stag King blows a conch to summon people to the parade and to begin the courtship dance.  The conch comes from a Caribbean culture that isn't mine, so I plan to blow an English fox hunting horn instead.  The awakening of the May Queen is done by mostly white people performing West African Dance.  At the river crossing and on the statehouse steps, predominantly white women in white dresses perform traditional Caribbean dances and sing a chant honoring the Caribbean water goddess Yemaya.  Back in the 90s, this was how well-meaning hippies expanded their events to include more cultures, and I believe many of the teachers they brought in to start these traditions were of African or Caribbean descent.  Yet in the light of 21st-century decolonization frameworks, this looks much more like a bunch of mostly-white people stealing traditions that aren't their own.  I don't want to condemn the past choices that have become woven into this event, but I do want to invite us to grow into something more authentic and culturally responsible. 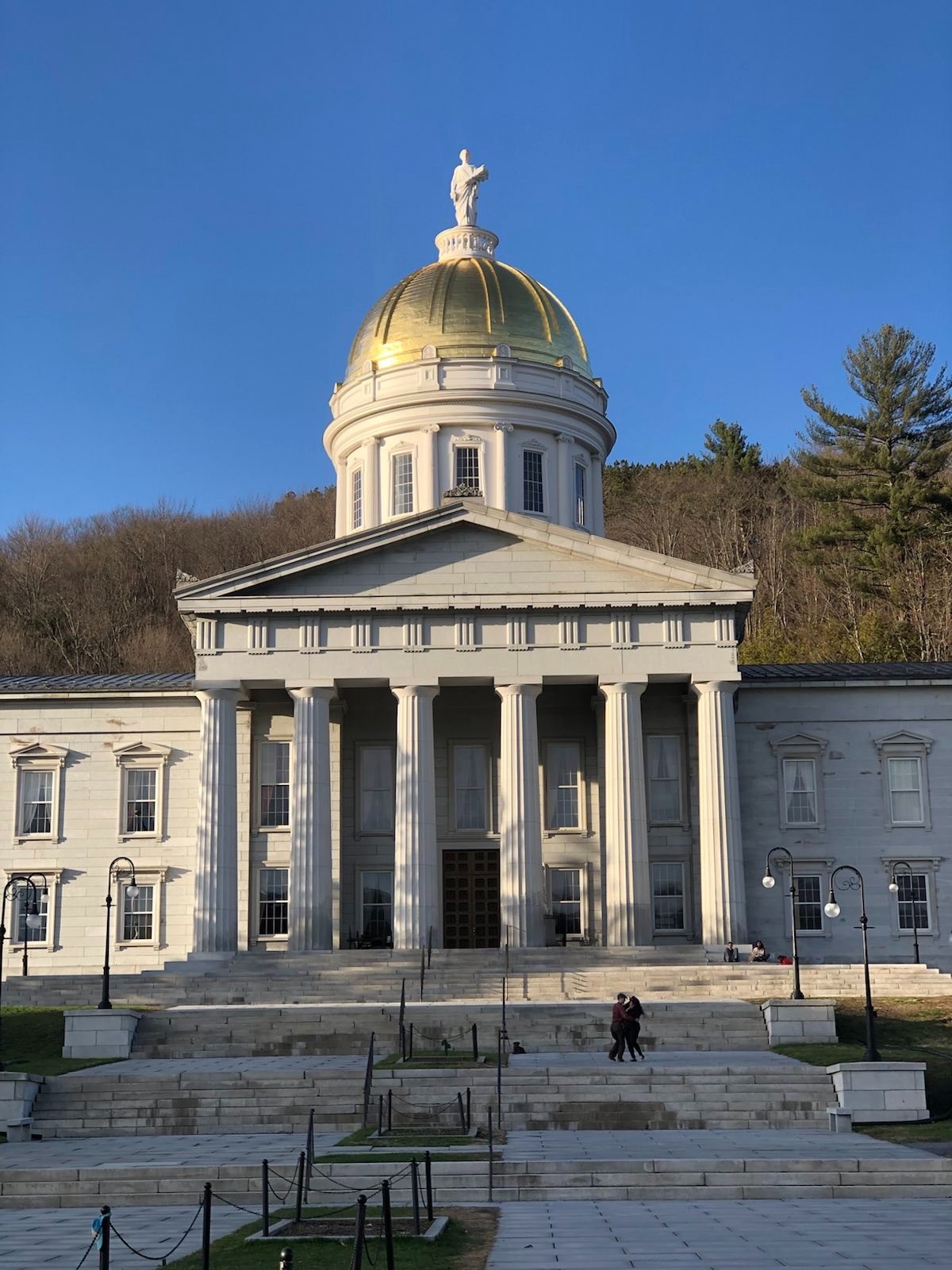 Image: Practicing the Stag King's courtship dance with the May Queen on the Statehouse Steps.

I feel pretty good about the Stag King role: this is a very European archetype that I think I can responsibly embody as a descendant of Northern Europeans.  My dear May Queen, Ornella, is of Puerto Rican descent, so having her up there among the white people doing Caribbean dances give that tradition some semblance of a cultural anchor, at least for this year.  But generally, what do we do with all these carry-overs of the "cultural exchange" politics of the 1990s?

Is it appropriate for the citizens of Montpelier, capitol city of a 94.2% white state, to be singing traditional chants to Yemaya as we cross the bridge over the North Branch of the Winooski River?  I have far more questions than I have answers:

A similar set of questions could be applied to the West African Dances we do to wake the May Queen from her winter slumber.

The organizers of this event have told me that they are aging (many are in their 70s now), and they wonder if the event will just cease eventually when none of them can organize it anymore.  I think events like this have an incredible power to bring communities together and help us see the good in each other as we celebrate the season.  It would be a great loss to see this one fade away.  Can the individualist culture of the younger generation foster enough community spirit for new people to step up into leadership and keep it going?

I believe we could continue the tradition if we have the courage to grow and change.  I don't think many community-oriented people in their 20s and 30s are going to feel at peace with continuing the exact tradition we have now, and I don't think a white-led tradition that appropriates from so many cultures is going to serve Vermont well as our population slowly becomes more culturally diverse.  It takes a lot of bravery to change old traditions, and to try new things that may or may not work well in their place.

I hope my reign as Stag King can begin to seed some of these questions in people's minds.  I hope my English Hunting Horn can call a fresh wind into our midsts and bring us new ideas.  I don't have a formula for how to fix this event, which already includes so many attempts to dilute the effects of colonialism, even if many of them don't land so well as they used to.

The true ceremony for this time, in this place, belongs to the indigenous Abenaki.  I don't know if it has been lost amidst all the bloodshed, intermarriage, cultural suppression, and eugenics.  If it survives, I don't know if they'd want to share such a precious thing with the colonizers.

We are left with the question:  How do we build new ceremonies that draw our communities towards care and repair of the earth?  This is the work of many generations, but each of us carries the power to move the cause a few steps closer to right relationship between all peoples.

Some resources for thinking about cultural appropriation: