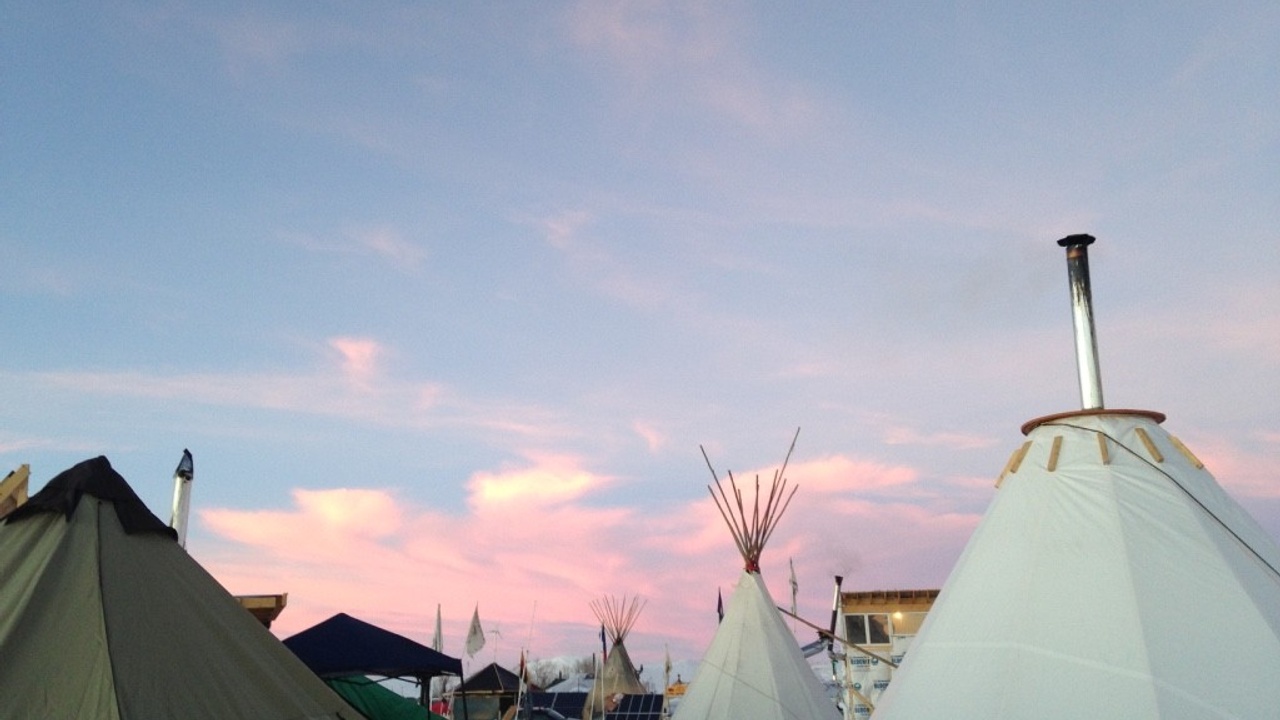 How I see the world after Standing Rock

This winter I spent 6 weeks volunteering at the Water Protector camps in North Dakota.  I was there for one week in November, which was just enough time for me to realize I had to really get my act together if I was to be an effective white ally.  That visit was very difficult in many ways, but I felt myself just on the verge of discovering a new way to see the world, and as I drove out of Oceti Sakowin camp on November 13th, I knew I would be back.

I had observed that what camp needed most was funding for more Native folks to join the camps, and long-term volunteers who could take on real responsibilities.  I started a fundraising campaign towards those ends.  I was quickly able to crowdfund over $4000, and committed to give half of it to support indigenous people in coming to camp or remaining there.  The rest I would use to pay my own expenses for driving back to North Dakota, volunteering for 5 weeks, and covering a few bills back home.  My friend Molly was my buddy for the trip.  We volunteered at Oceti Sakowin Camp from December 22 to January 26: chopping wood, installing woodstoves, cooking meals, washing dishes, teaching orientation workshops, staffing the composting toliets, and whatever else needed doing.

When I first returned home, the process of reverse culture shock hit me pretty hard.  Now that I've had time to adjust and had many conversations with friends about it, I'm beginning to be able to articulate the ways that my time at Standing Rock changed how I see the world.  These new perspectives have become my most prized possessions.  Every day I feed and tend them, attempting to keep them strong and vivid.

Recommended Resources:
How to Talk about #NoDAPL: A Native Perspective by Kelly Hayes
https://transformativespaces.org/2016/10/27/how-to-talk-about-nodapl-a-native-perspective/

The Burning Times Never Ended, a conciousness-raising course on decolonization and capitalism by Rain Crowe
http://callingourselveshome.weebly.com/the-burning-times-never-ended-re-membering-resistance.html