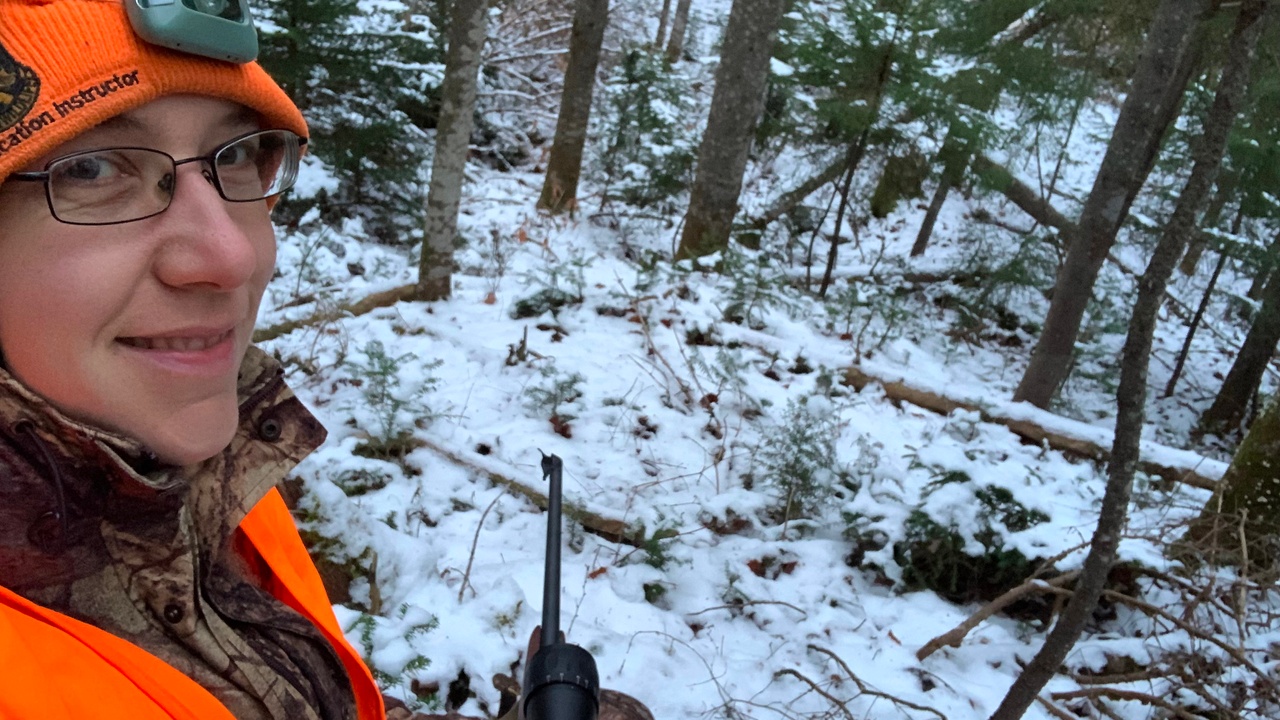 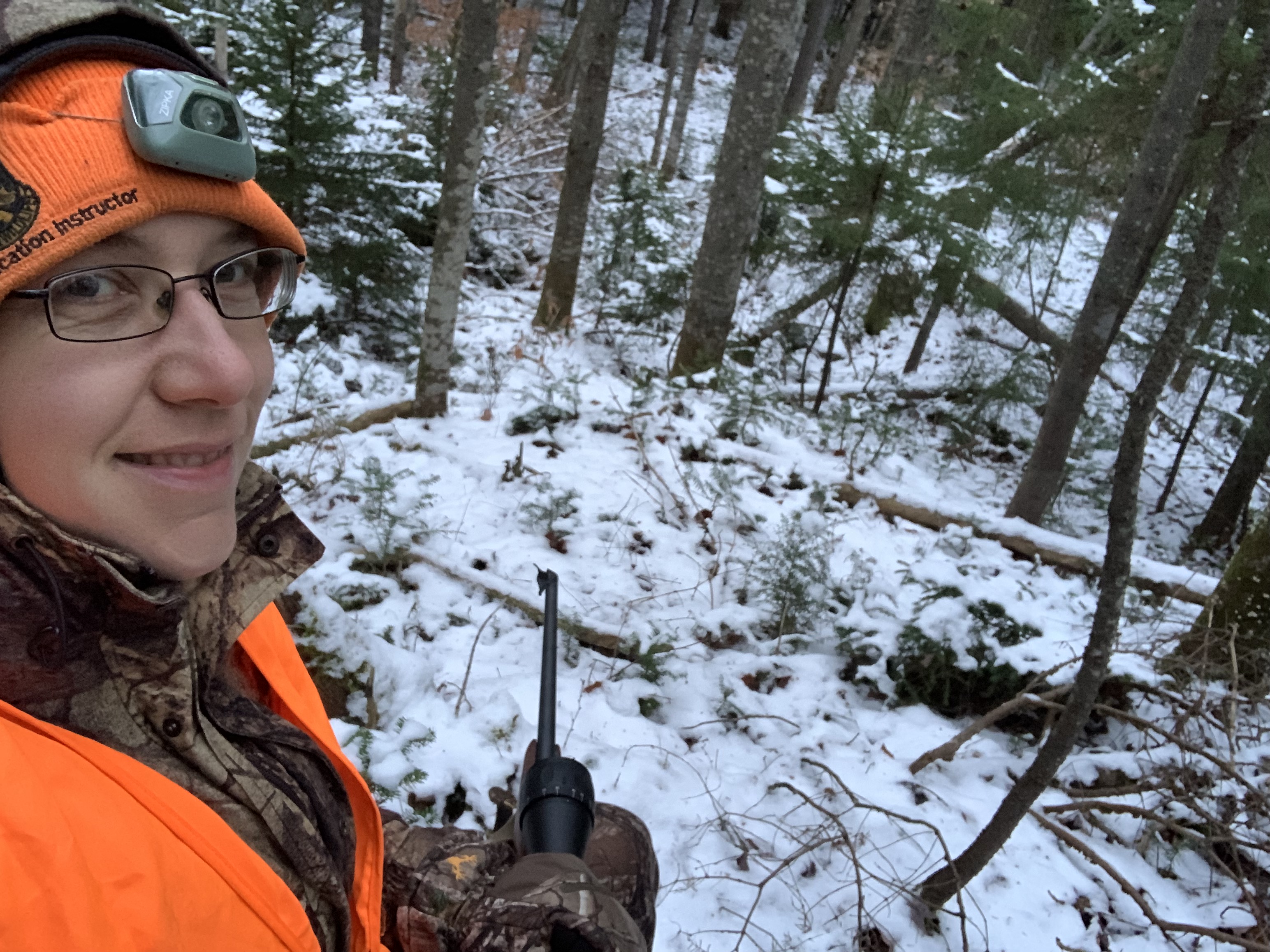 I got up earlier today!  I like to take at least a whole week to do nothing but hunt so I can fully adjust to the before-dawn schedule, but this year I've had to keep some midweek commitments.  I'm just now finally getting to that stage of early morning awakeness being more easeful!

I walked in on the muddy ruts left by yesterday's pickup trucks, which was much quieter than the snow underfoot.  Then I cut down the hill and found a nice high hillock that overlooked the edge of the Lower Yard.  I was sitting by 45 minutes before sunrise, and I did the whole walk in without turning on my headlamp (much easier now that there is a little snow to reflect the brightening sky).

I sat for well over two hours.  As often happens when you pick your spot in the dark, the daylight revealed that there was more brush in my medium-range view than I'd hoped, but I still think I could have seen any deer that passed through.  I saw two grouse fly into the tall evergreen trees for morning roosting, and a little red squirrel passed within two feet of me on their morning romp.

I wandered south through the forest when it felt like time to move on, and found a buck scrape that had been refreshed some time since Friday's snow: another sign that there is still a buck out here that hasn't been shot (although I've never doubted that, since so few are hunting here). 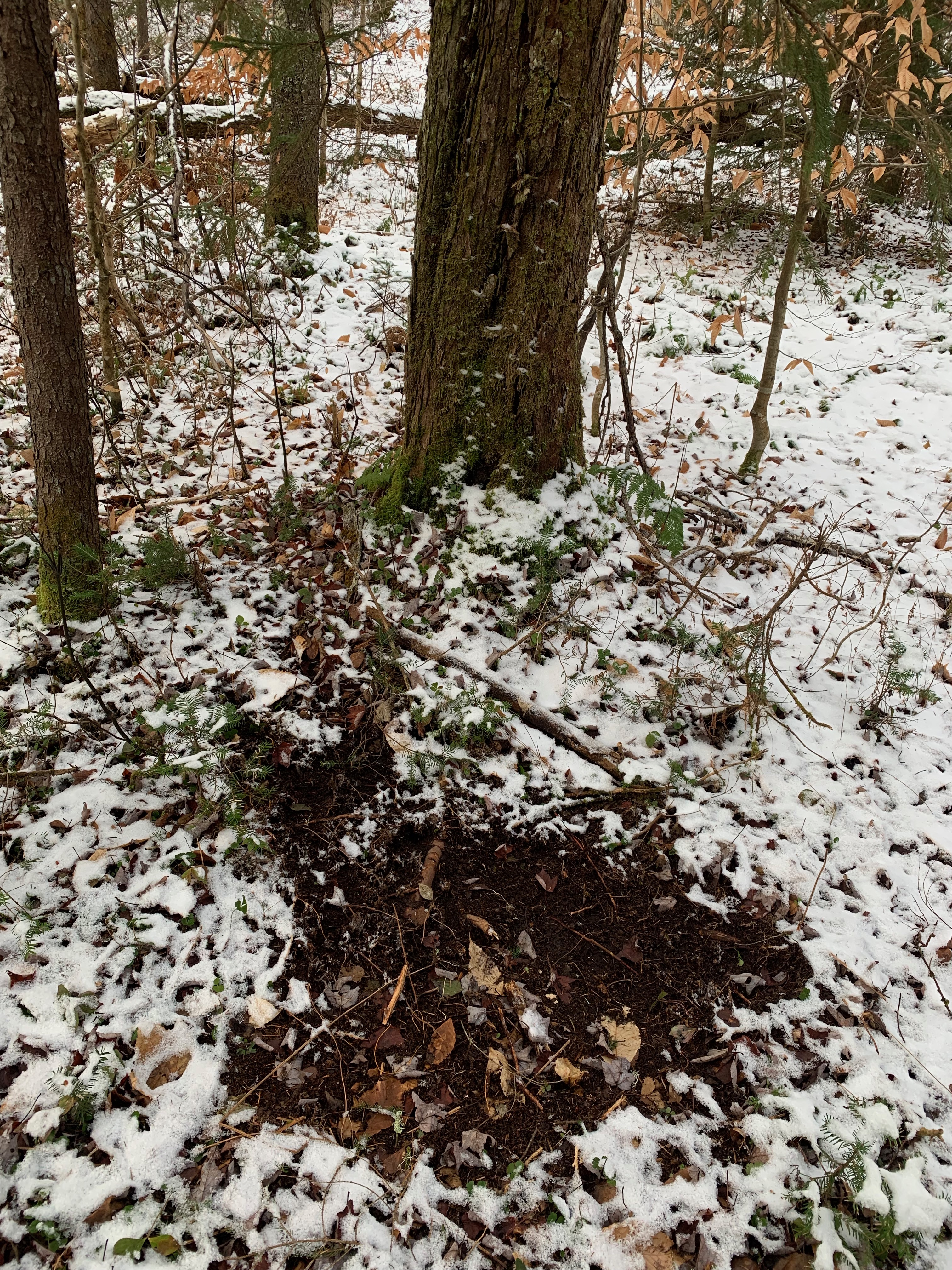 In the afternoon I wasn't feeling inspired about which spot to hunt, so I drew a tarot card for each contender and went to the one with the most encouraging card.  That happened to mean driving to East Calais where my tree stand is set up near an orchard.  I have been wanting to bring the stand back to my land, so I figured I might as well sit in it for the evening hunt if I was going over there.  The view was very good in all directions, looking over some field and some orchard, with the forest approach to those feeding grounds straight ahead.  The current housesitter on that land has a dog, so the deer are much less likely to come to that spot than they would have been when the owners are in residence. 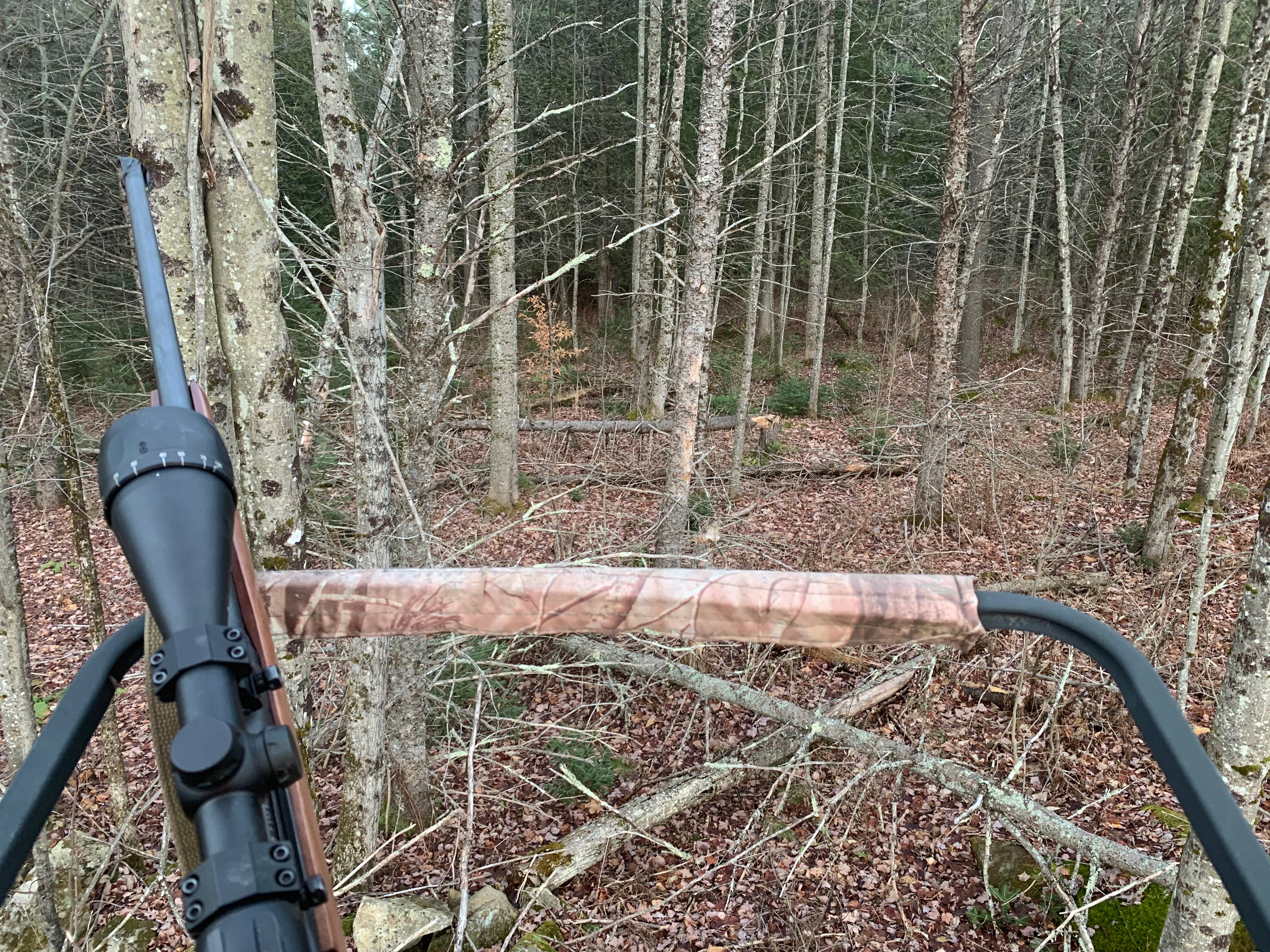 Two years ago there was a little spikehorn that would slowly walk in front of this stand about every other night, broadside at 40 yards.  Spikehorns are deer with only one tine on each antler, and they aren't legal bucks in my region of Vermont during rifle season.  Sadly, he did not return last year (when he would have been a legal forkhorn), and I did not see him tonight.  After Last Legal Shot I lowered my gear down on my haul line and untied the upper straps that hold the stand to the tree.  Once I had descended I brokethe stand down into two pieces, carried them to my jeep, and brought them home.  It was probably good to move it after a year in one spot anyway, and I'm enjoying hunting closer to home.

Tomorrow is my last hunting day!  I can hear rain on the roof as I write this, and I expect all the snow will be gone by morning.  I'll wait to see which direction the wind is blowing before I decide where to go.